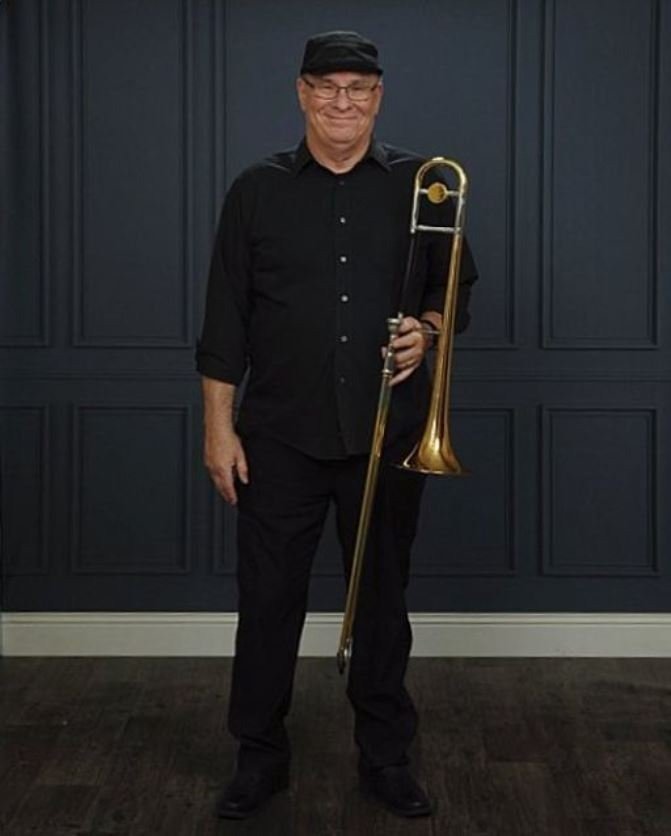 Believing every trombone player needs a cool nickname, “Sudzz” is Take Me Back’s trombonist and a recovering (i.e., retired) attorney who was inspired to take up the trombone at a very young age by his father’s uncanny resemblance to Glenn Miller. Alan has also played alongside Walt in The Diamond Project Band since its inception and performs regularly with community bands and theater groups. He claims to have a love-hate relationship with Chicago’s trombonist, Jimmy Pankow, whatever that means. When not playing the horn, Alan fills his retirement with hobbies like genealogy, astronomy, and fantasy baseball, walking his slightly psychotic half-breed dogs, doting on his wife of forty years, and encouraging his daughter not to be a lawyer.